On June 6, the FDR Library & Museum will commemorate the 75th anniversary of D-Day with a wonderful program and fascinating special ex 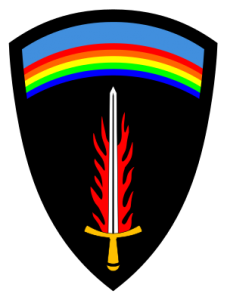 hibit. I am honored to be invited back to give a talk on Advocating Overlord at 7:00 p.m. This time, the talk will be illustrated. Preceding me at 4:00 p.m., National Park Service Ranger Michael Zwelling will give a talk on “The Changing Memory and Symbolism of D-Day” in which he will explore how the memory of D-Day has evolved and differs among the nations who participated in the event – and they do differ. What to do with the hour and a half between our two talks? Well, you could eat. Better would be to visit the FDR Library’s special exhibit “D-Day: FDR & Churchill’s Mighty Endeavor.” Developed together with the Churchill Archives and the National Cryptologic Museum, the exhibit includes artifacts rarely or never before seen by the public. The Roosevelts’ estate in Hyde Park was the location for a critical meeting between Churchill and FDR in August 1943 that opened the way to confirming Operation OVERLORD as the principal strategy for liberating Europe from the west. Thus, Hyde Park is an especially appropriate place to remember and honor the achievement and sacrifice of the many who made D-Day a success.

Typing this in Maryland on the afternoon of June 3, I’m already thinking of the progression of events 75 years ago, hour by hour, and the people I’ve been privileged to know who were part of D-Day. Bob from church who never did find out the exact purpose of the secret communication equipment he air-dropped to the French resistance that night. Charlie, my model train buddy, who jumped into Normandy with the 82nd Airborne. My gym teacher, Zippy, who preceded him as a paratroop pathfinder. Madge who came to Washington as a Royal Navy civilian to support the crucial Anglo-American coordination meetings in this city and often met the principals (she once told me that Mountbatten “was a charmer).  I could go on.  They were special individuals, but they also are typical of the millions who stepped forward and risked everything to liberate Europe from dark tyranny as the flaming sword in SHAEF’s emblem promised. They were so young then. God bless them all.

Philip Padgett examines history by applying skills developed during 40 years of national security and preparedness research and analysis in the military, government, and the private sector. As Deputy Intelligence Adviser at the U.S. Arms Control and Disarmament Agency, he supported from Washington teams negotiating five international treaties and agreements. Read more >>

This site uses Akismet to reduce spam. Learn how your comment data is processed.